Krystyna Skarbek – the woman who changed the course of history

Krystyna Skarbek was ahead of her time. Strong and independent, mysterious and full of elegance. Many times she managed to outsmart Gestapo officers, she stole the plans of the German invasion on USRR, and was able to take not only herself but others off the hook. Krystyna Skarbek was a real James Bond in a skirt of her times. However, she never sought to boast and that’s why few know her history. Winston Churchill called her his favorite agent. Today Krystyna Skarbek is a symbol of a modern woman who we feel attached to thanks to the time closed in the Christine Granville watches. This was a nickname of Churchill’s agent for years.

Krystyna Skarbek – the beginning of her history

What shaped such a charismatic woman which Krystyna Skarbek was? She was born at the beginning of the 20. century in a family of great wealth which belonged to her mother. Due to her Jewish origins her childhood wasn’t easy. She felt alienated by her countrymen. It taught Krystyna how to fight for herself and break conventions. She did everything her way. From the very beginning she made her own and conscious choices. When, as a young girl, she set fire to a priest’s cassock to check how strong his faith was, nobody could expect that in future she would change the course of history.

Krystyna Skarbek, however, was too ambitious to be labeled a brawler. She learned to speak French fluently, she also spoke English and Latin. She learned horse riding, skiing and mountain climbing quickly. She was not only sporty and intelligent but also beautiful. Conscious of herself and brave, she attracted men. She always knew, however, that the beauty of the mind is more important that the one of the body. 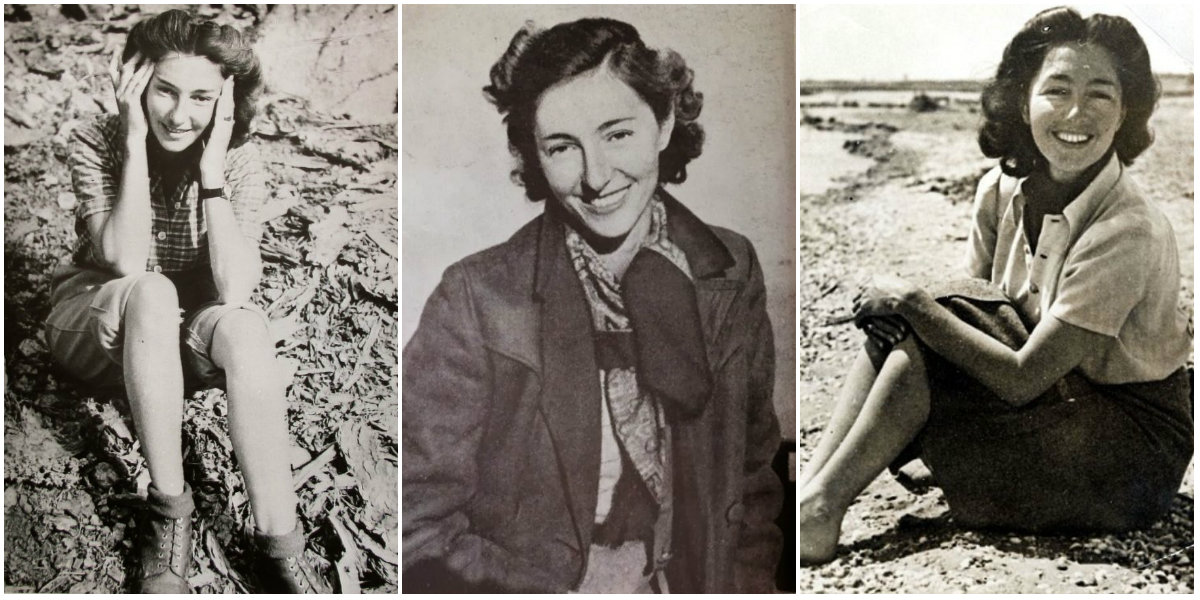 From Krystyna into Christine

When the world war II broke out, instead of open fight, Krystyna chose to act in secret using her numerous contacts. She became an agent of a secret British government organization SOE. Although her task was to support the resistance movement in Europe during the world war II, Krystyna Skarbek had to show her temperament. While issuing new documents, she decided to rejuvenate herself by 7 years and had the date 1915, not 1908 written in her birth certificate. This is who she was – nonchalant and independent. From that moment, she began to act under a code name Christine Granville. She began her corporate work in Budapest where she introduced herself as a journalist. She was a woman of many faces. She proved to be courageous and smart when she took a conspiratorial Tatra mountain trail through Slovakia to occupied Poland. It was she who organized mountain crossing as she knew those terrains well. It was, among others, thanks to her that Polish detainees from Hungarian camps were able to escape to serve in Polish armed forces in the West.

She saved her life and the lives of others thanks to her extraordinary imagination. During the trooping of Chech officers between Hungary and Yugoslavia the car of conspirators broke down. They were checked by a German patrol and thus were in danger of being arrested, but Krystyna without a second thought showed false documents. Her charm worked so much that she persuaded the Germans to help them push the car through the border. Throughout all her life Christine Granville used her femininity in an intelligent way, disarming the caution of men working for hostile forces. 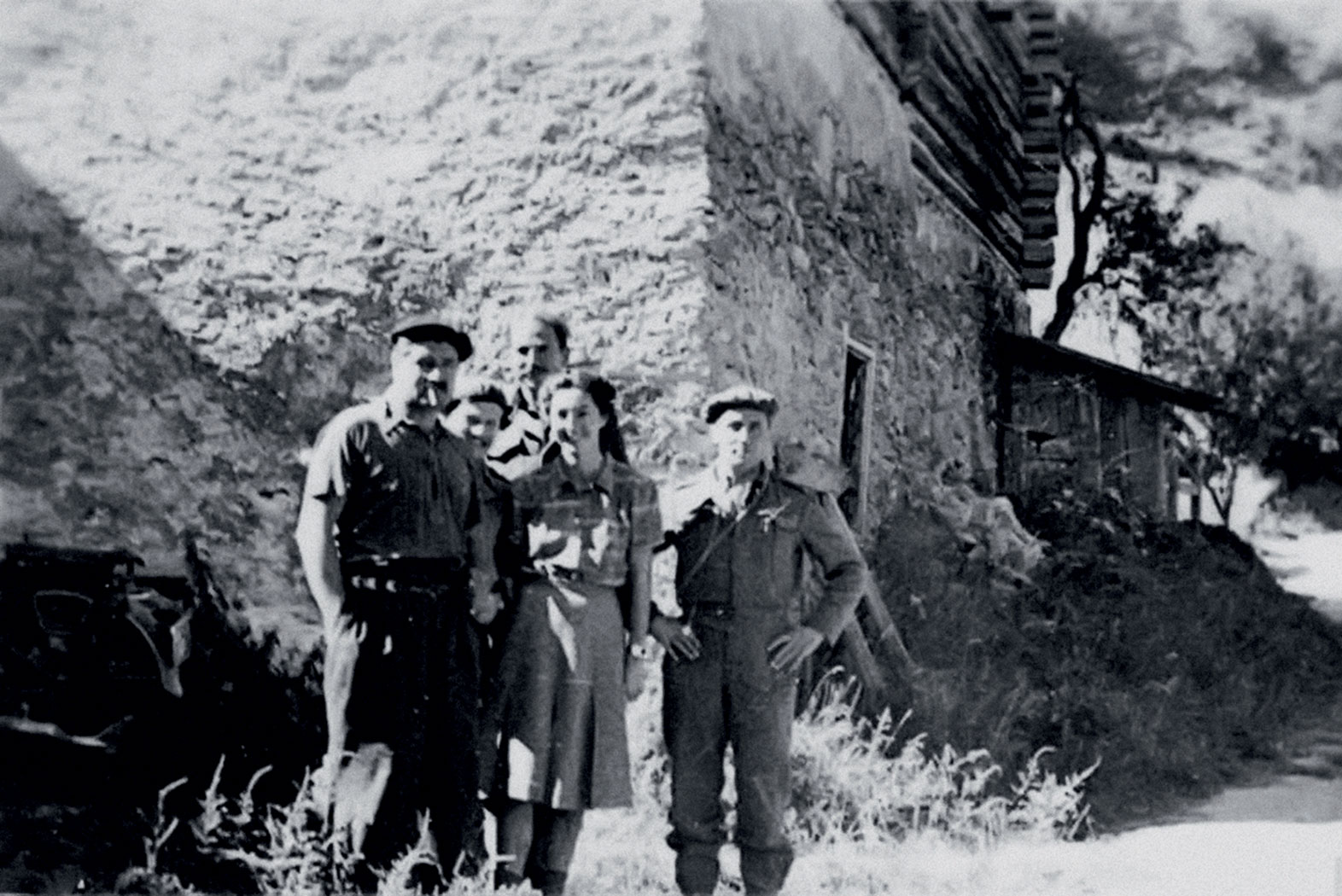 Krystyna Skarbek as an agent who cannot be caught

Krystyna outsmarted even gestapo officers because she unceasingly turned her weaknesses into power. In 1941 she w as arrested in her apartment in Budapest. The hearing lasted a couple of hours. The smart agent worked out a plan how to escape unhurt. She bit her tongue and coughed with blood. She lied when she said she had advanced tuberculosis and that those were the last days of her life. Terrified officers sent her to be examined. Indeed, a German doctor noticed lesions in her lungs. Krystyna Skarbek foresaw this as they were mild damage after an illness which she came down with during her work in a Warsaw factory of Fiat. Afraid to be infected, the gestapo officers released her and agent Andrzej Kowerski from custody. Krystyna Skarbek’s missions resembled a movie scenario more than once.

Christine Granville was a very precious secret agent for Great Britain. It was her, a charismatic woman coming from a small town, who influenced the history of Europe. During her stay in Poland, Krystyna Skarbek got hold of the documents with the day of the Nazi invasion on USRR. She passed them on to the Brits and that influenced the delay of the German Barbarossa operation which was the beginning of the end of world war II. No wonder Winston Churchill, who set up SOE, called the Pole his favorite agent. Krystyna Skarbek ended her military service in Cairo, where in 1945 she was demobilized.

Christina Granville led a double life but never forgot her family. Not only was she strong but also sensitive. During the war she came back to Warsaw to rescue her mother and persuade her to escape. Unfortunately, this was the mission Krystyna Skarbek failed to carry out. Her mother decided to stay in the country. Stefania Skarbek died in the Warsaw ghetto.

Christine as an inspiration in Bond’s movies

Krystyna Skarbek was an extraordinary woman for her époque. Today her secrets are hidden in the files of the British Intelligence. But actually the files can’t show her full story either, because this was her nature. Krystyna Skarbek broke the rules, she lived according to her in accord with her own principles until the end. What was she really like? Inspiring for sure. A British writer, Ian Fleming, fascinated by the acquaintance with the agent, most probably based his character, Vesper Lynd, the first Bond’s girl, on her. Maybe the very James Bond was created thanks to Krystyna Skarbek? It’s one of the questions which Churchill’s agent for special assignments will never answer. But today you can decide whether you want to be like Christine Granville and start changing the world.

< Go back to articles

Be the first to know about new arrivals, special offers, exclusive launches and much more.